How can critical thinking contribute to a better tomorrow? 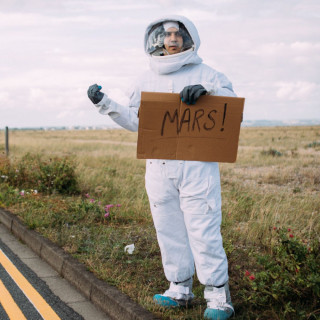 When we think about the future, we often imagine political instability, natural disasters, pandemics, war, maybe even apocalyptic scenarios. But this wasn’t always the case. In the 20th century when high technology was still on the horizon and nowhere near a reality, people dreamed of perfect high-tech cities with flying cars and giant skyscrapers, human-like robots, colonies on Mars, totally automatic households, and screens as thin as paper. The future was seen highly positively despite atomic disasters and political crimes.

Let’s do a reality check!

So, what happened? Well, we crash-landed in reality. High technology has been here for a while now, some dreams of the past did become a reality like a smartwatch and bullet trains. With the entering of high technology into our everyday lives, we took off the rose-coloured glasses. People started to think critically about the technology we use every day and about the real purpose of technology.

Do we really need these old visions to come to life? Do we want to risk potential car accidents in the sky? What is the benefit of foldable screens if we can’t hold the device conveniently in our hands? Why do we need a virtual reality if we haven’t fixed our reality yet? 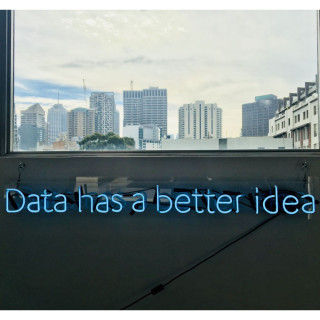 We learned that high technology isn’t our savior, it’s a tool. And depending on how it is handled it can become our worst nightmare. We experienced that already in the past with the invention of the atomic bomb and nuclear power plants. In the wrong hands, these kinds of inventions can cause horrible scenarios.What would happen if some sort of new virus or a talented hacker infiltrates a highly technologically driven city’s traffic system? Or an AI becomes so powerful and intelligent that it can’t any longer be put out of action by humans?

As a designer, I still dream of the old future visions of the past. Maybe flying cars could become a reality when they are driven by an AI? If foldable screens are not user-friendly for everyday use, why not use them as a tangible alternative to newspapers or magazines? I believe these futures are still there to explore, someone just has to do it. And someone did. Elon Musk let us dream about space travel again. Steve Jobs made smartphones a reality. Palmer Luckey invented the first usable virtual reality glasses. David Hanson engineered the first humanoid robot that gained citizenship.

All these ideas were possible with critical thinking which “is the ability to think clearly and rationally, understanding the logical connection between ideas” and “requires the development and use of foresight as far as this is possible.” *Therefore, critical thinking“ is among the first causes for change.” ** “Someone with critical thinking skills can: Understand the links between ideas, determine the importance and relevance of arguments and ideas, recognize, build and appraise arguments, identify inconsistencies and errors in reasoning, approach problems consistently and systematically, reflect on the justification of their assumptions, beliefs, and values” *** and therefore possesses the ability to change the present to build a better tomorrow. 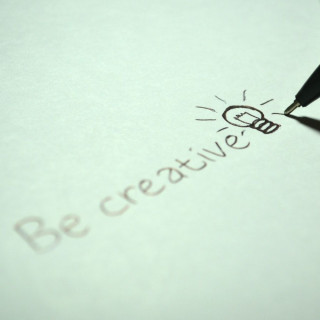 So, what do all of these future thinkers and inventors have in common? They didn’t accept our current reality and asked one simple question: "Why?"And with that question, the critical thinking process begins: Why don't we develop a plan B if the earth becomes uninhabitable? Why do we still use keys and not screens to type? Why is it, we went to the moon and still have no real virtual reality? Why don’t we concentrate on pure artificial intelligence instead of making robots jump?

How critical thinking can bring these ideas to life

Without that questions and therefore, critical thinking, we will never get to the future we used to dream of. By critical thinking, I mean we should always question our assumptions about the future. There most likely won’t be a technological utopia, either an apocalyptic technocracy. And most importantly: Everyone can help to create a better tomorrow by thinking critically about our current state of reality. We should all ask questions and be critical about the current world we live in. As a designer, it is my daily job to design new inventions that make a user’s life easier. Designers are problem solvers by nature. But you don’t need to be a designer to solve problems. If you stumbled upon a problem you faced in your daily life you already started to think critically. But this is just the very first step! You have to put that problem out there, discuss it, challenge it and if you want to take that extra step, find a solution and solve the problem yourself. Take the invention of Apple EarPods for example. Someone at Apple found a problem and solved it: No more tangled wire! The utopian visions of the 20th century were also just the first step. The idea of flying cars was invented to create better cities for pedestrians with roads to walk on instead of blocked roads with cars that pollute the air. Thin screens appeared because phones were heavy and bulky. Automatic households and robots were invented to make a family's life more efficient so that more time could be meaningful family time.

Everyone can make a change 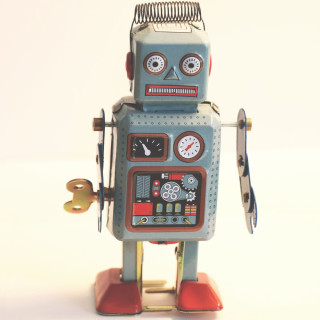 Just because flying cars seem to be a bad idea at first glance it doesn’t mean there isn’t a meaningful place for this kind of technology in our society. No one just thought of that before. How about an AI-driven flying shuttle service that is used in megacities to be a quick alternative to privately owned cars? A start-up could invent a rollable screen that has just the purpose to read your favourite magazine that hardly matches the phone or even tablet size. These are just a few ideas that started with a simple problem and were critically analyzed to be formed into a vision that could be worked with.

Critical thinking is the first step in making a change that creates a better tomorrow. If you can’t think about a direct problem just ask “why?” And you’ll get there eventually. We live in a time with nearly unlimited possibilities. Everyone can be a creator and bring an idea out there to inspire others. All the knowledge that you need is literally at your fingertips. The future is an open book and all of us write the story together. So let’s make it a happy ending.

** What It Means To Think Critically (teachthought.com)