From prototype to release of the identity management app

Imagine someone takes the problem you have, having to manage hundreds of passwords. And simply solves it. Munich-based startup Keyp has done just that. And in a way that has data protection at the core of its technology, so you don't have to worry about your data security. 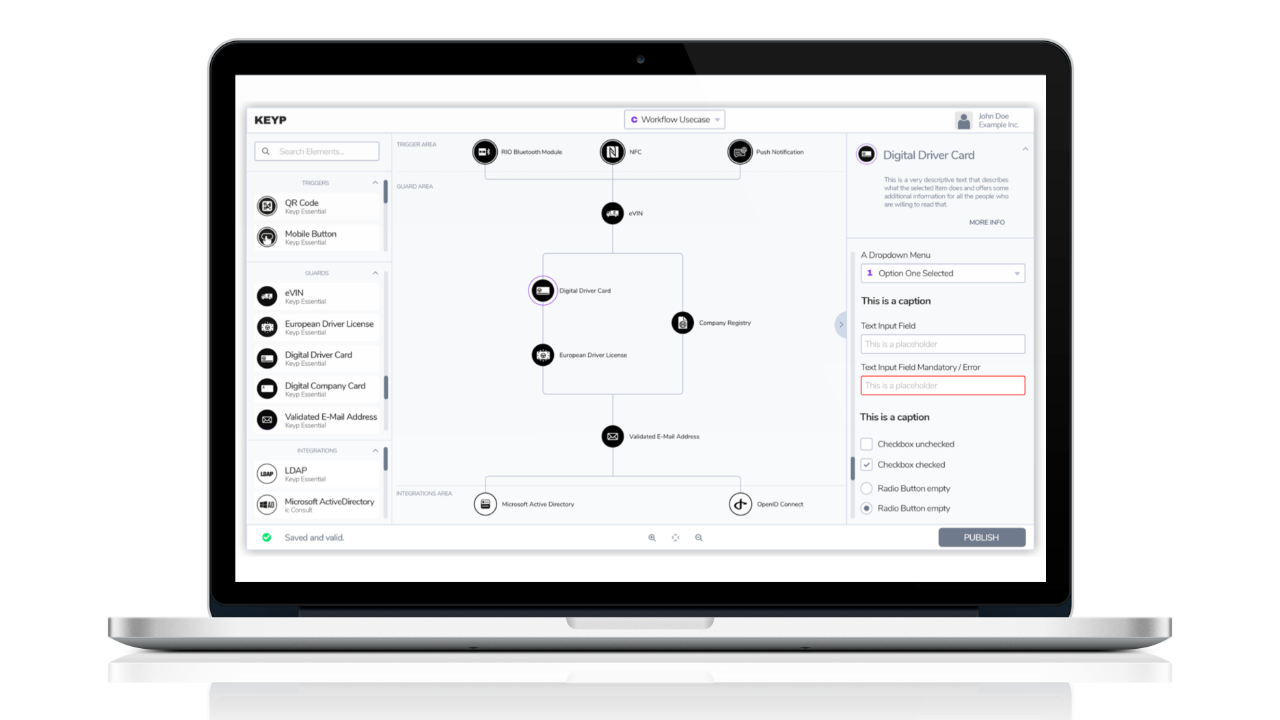 „Our partner interfacewerk and their technical expertise enabled us to hit the ground running with the development of our first, high-quality prototype. That first release allowed us to show everyone how well our vision of a digital identity ecosystem works in reality. The quality of interfacewerk’s UX/UI development is outstanding – a minimal briefing is required to achieve excellent results!“

More about the project: from prototype to release

Imagine someone takes the problem that you have because you have to manage hundreds of passwords. And just solves it. The Munich startup Keyp has done just that. And in a way that has data protection at the heart of its technology, so you don’t have to worry about your data security.

A prototype already after short time

Our seasoned teams at interfacewerk are in the ideal position to accelerate prototyping and development of new products. Because it often takes a while for startups like Keyp to set up their own internal team. Exactly at this point, when we don't (yet) have our own team, our team can start and apply our many years of experience in UX design and frontend engineering perfectly. This means that little time passes from the product idea to the first prototype, which can then be further developed until the release. You can see the first release version of the Keyp Workflow Manager in the video.

Simplicity — the art of maximizing the amount of work not done — is essential.

Our client Keyp has created an identity infrastructure that works for everyone. With its Identity Terminal, it allows other companies to configure access to their system in real time. Not only for the administration, but also for the end users (e.g. employees or customers of the respective company) it becomes child's play to authenticate. We see this as a technological turning point and a major milestone for digital identity and access management. In short, we want Keyp everywhere: to communicate with our bank, to enter our office, to retrieve our e-mails and log into our internal systems. Keyp is more secure and easier than anything we've seen before.

Similar to blockchain technology, Keyp developed an identity terminal with its own protocol for the exchange of identification features such as video identities or biometric data. The world's first identity terminal of its kind combines any number of identity solutions and can be integrated into any existing identity management system. Our team is proud to be part of the product development team that helped launch the platform and overcome the technical challenges on the way to an unprecedented technology and user experience.

On the technological side, our framework of choice was used with Angular, supported by Stencil.js. A flexible architecture well covered by automated testing ensures that everything remains stable after the first release. Our team had particular pleasure in developing the elegant and fluid Drag & Drop system for the Workflow Manager, which can also be seen in the video. Such a high degree of quality and stability is certainly untypical for a first release.